Every forest deity have a forest to manage. Each forest has ~n~ positions, numbered from ~1~ to ~n~, and each position has at most one tree.

It is well known that a forest god with power level ~k~ can perform the following action on his forest: 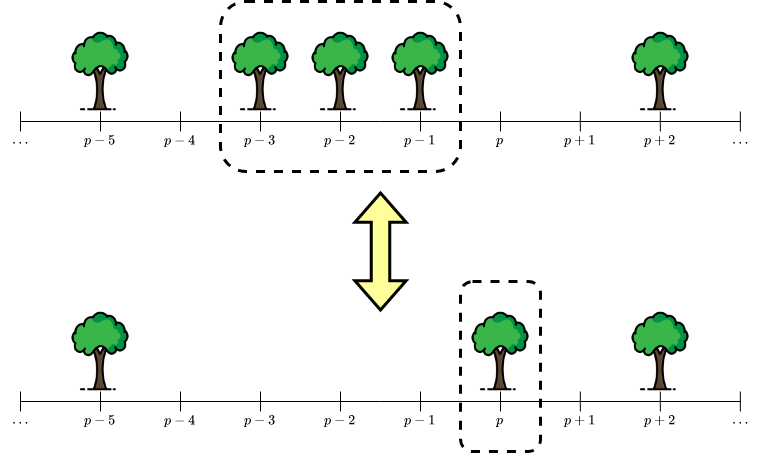 Illustration for a spell casting for ~k = 3~.

There are two apprentice forest deities with power level ~k~, Quang and Tùng. Quang manages the forest Q, where as Tùng is in charge of the forest T. Quang is a hard-working god, practicing his spell every day to perfect his skill. Tùng is a polar opposite. A lazy cat he is, he likes to have fun climbing the trees in his forest (and would frequently forget his way down and get stuck on a tree afterwards). Due to this, he does not practice his spells frequently.

Eventually after all the practicing, it pays off, Quang has cultivated his forest Q to be evergreen and beautiful. Tùng's forest T however, was hardly looked after, and thus was dark and gloomy. Of course Tùng was jealous of Quang of this. But despite that, he's not going to make a scene of it, as he's well aware that it was his own fault. He decided to make a change and to actually work to make his forest better this time.

Given the power level of the two deities and the two forests' layout. Help the forest god Tùng answer ~q~ questions:

Note that X and Y are two forests by their own. These two forests both have ~l~ positions, numbered from ~1~ to ~l~. They both do not have position ~l + 1~, thus Tùng cannot create a tree at this position.

Forest X and Y are considered to be the same, iff there does not exist a position, such that there is a tree in one forest, but not in the other.

The next line contains a binary string ~T~ of length ~n~, describing the forest T. There is a tree in position ~i~ of forest T iff ~T_i = 1~.

The next line contains a binary string ~Q~ of length ~n~, describing the forest Q. There is a tree in position ~i~ of forest Q iff ~Q_i = 1~.

In the first question, both forest are already the same (they both are 101).

Illustration of the second question.

In the third question, forest X has the form 00101, and forest Y has the form 11110. We can perform operations as follow: 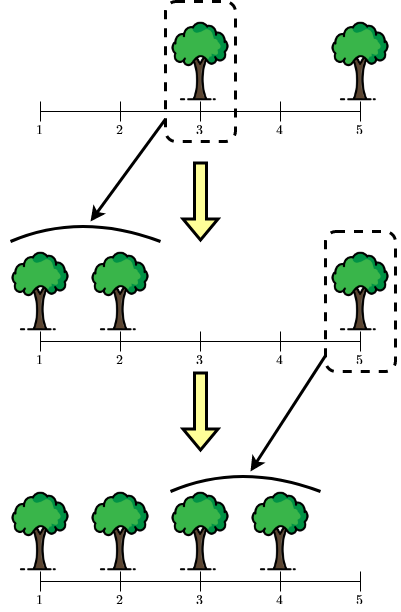