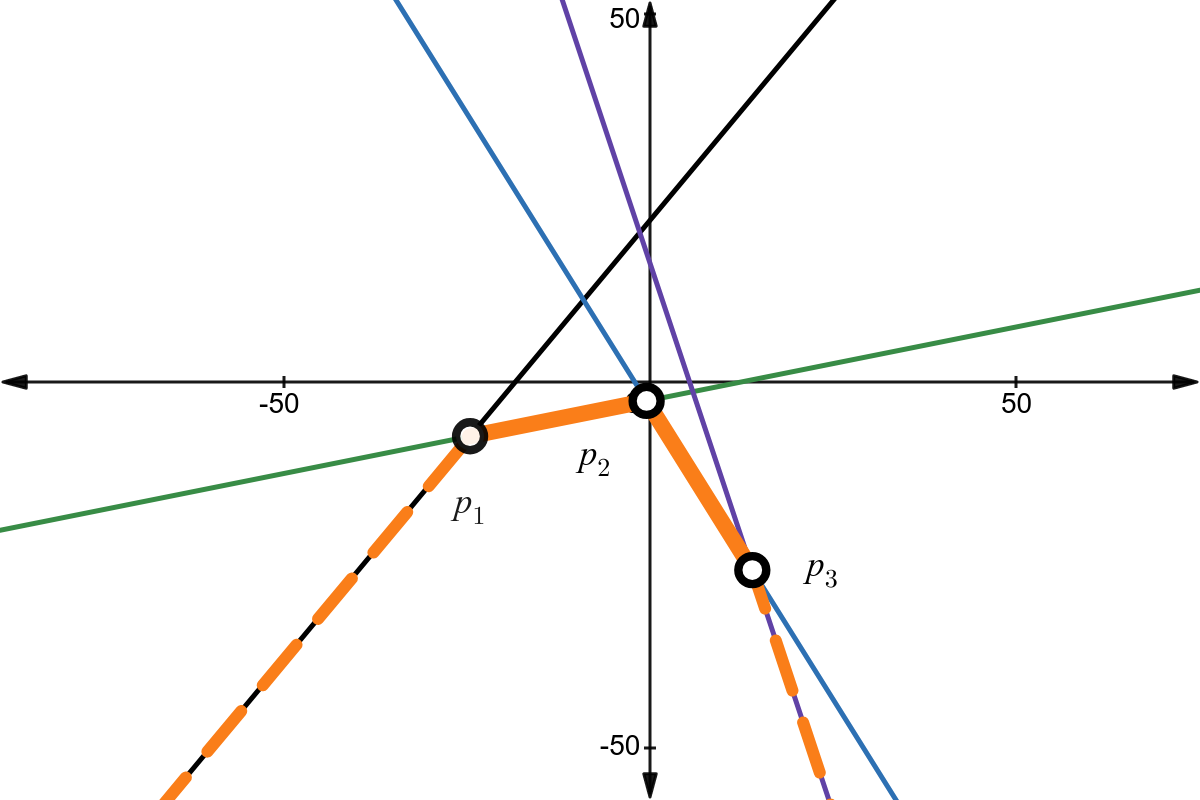 The lower envelope is colored orange. It has three vertices ~p_1~, ~p_2~ and ~p_3~. The perimeter is denoted by the continuous orange segment.

You are given ~n~ lines. For each line, find the perimeter of the lower envelope created by the remaining ~n - 1~ lines.

It is guaranteed that there are no two lines that are the same.

Output ~n~ lines. The ~i~-th of which contains the perimeter of the lower envelope made by the other ~n - 1~ lines, that is, excluding line ~i~.

Your answer is considered correct if its absolute or relative error does not exceed ~10^{-6}~.

Below is the illustration for sample 1. 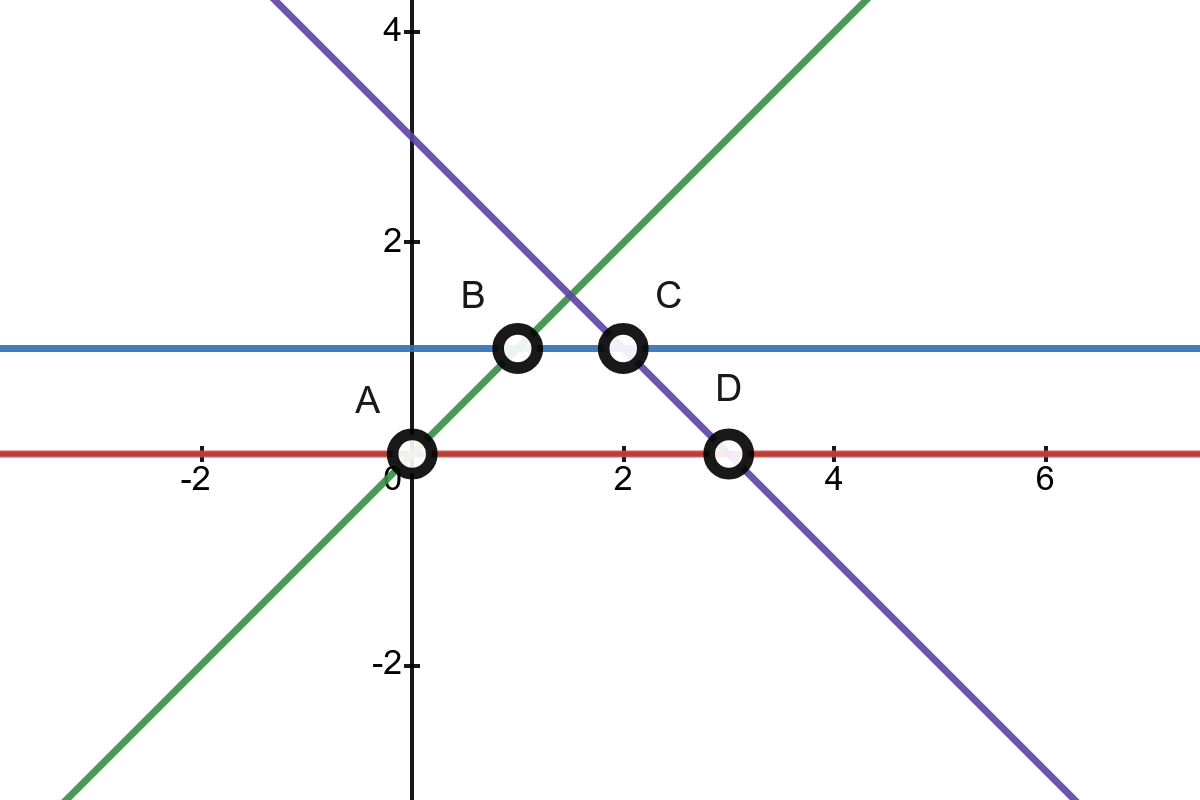